Matt Cutts, in his short TED Talk, shares how he was inspired to change one little thing in his life and commit to it for at least 30 days. It changed him in ways he didn't anticipate.  Since my advisory students were setting academic goals, I decided to share Cutts' Talk with them since it validated my own advice about how changing habits takes time and a commitment to being consistent over a period of time.


I love moonlighting as an advisor.  Sure, I'm an englush teecher at heart, but I chose that path as a career because it held the most potential for positively impacting the lives of others, and being an advisor significantly ups that mojo.  Also, much of what we address is stuff I need reminding about to keep my own house in order, which brings me back to the 30-Day Challenge.

What I hadn't anticipated was how inspired my students would be after veiwing Cutts' Talk.  They proposed we each take on a goal for the next month just as Cutts had done.  I loved the idea, especially since it furthered my own advisory agenda!

That evening, I built a group blog using a Google Site as the platform.  First we used it to brainstorm ideas for goals, then once they were decided, we chronicled our attempts to either rid ourselves of our habits or develop them.   We spent roughly ten minutes at the start of each class crafting our posts and providing supportive feedback to one another.  Those students who had a hard time deciding on a goal found it easier to piggy-back off of an idea that was already started, like turning in work on time, or drinking a certain amount of water each day.

Shortly after, another advisory class joined us and our blogroll grew to 37, including the other teacher, who had a newborn infant and felt the family pet was being neglected, so her daily goal was to spend at least 5 minutes playing with her dog.

Even though the challenge was optional, most of the students joined the blog by the second week, having been inspired by the other class joining us or by the attention given to bloggers whose pursuits from the very first day became a topic of discussion among peers.

Looking back, I can see there was a wonderful burst of organic energy around this endeavor.  Teachers know this kind of momentum is pure gold when it comes directly from the students themselves, inspired by their own ideas and interests.  Still, there are times when that energy requires the invisible hand of the facilitator to ensure the flow, intensity, and direction of the energy so that it's sure to be sustained.  And that's where I kind of dropped the ball.
As the month rolled on, it became difficult for some to keep up with their daily posts, especially during the weekend when it wasn't a part of their usual day to post to a blog.  A few students had set some high-maintenance goals and started falling behind.  Admittedly, I was a slacker myself when it came to maintaining consistency since I let the blog time slide if there was a school-wide event or grade-wide activity we had to complete.  The other advisor's dog got the ball thrown a few times but by the end of the month, it was clear that tug-time on the rope would remain a rare treat.

There was definitely  a loss of momentum by the time we reached the finish line. Many had already dropped out of the race and watched as the remaining goal-setters hobbled in.  Regardless, throughout the challenge, some really cool things emerged that helped me to see it as something worth replicating and improving upon.

Something I hadn't anticipated was how much (and how quickly) I could learn about my students through their chronicles.  The goals they set served as a formative assessment, conveying their interests, values, and a sense of their personalities.

A few wanted to publish a photograph each day, and their pictures were like a window into their worlds.  Oftentimes, I was taken aback by the beauty they had captured, which conveyed a special connectedness to the natural world.

Others set athletic goals, like jogging a mile each day or doing something at daily dance practice that would push them further toward a longer-term goal.   Dominic went from a 7:18 mile to ending the month at 6:27.  Ashley wanted to be sure and say something nice to someone each day. She told her mom how much she meant to her and she blogged that her mom wanted to know what she did wrong.   Ivan set out to compliment five people a day, telling them how much he admired them for their humor or athleticism. Curious about the reaction he kept getting, which was a mix of suspicion and gratitude, he began wondering if people, across the board, were under-appreciated.

Christina decided she'd "try not to be mean" to other people, and in the process, she realized it wasn't as hard as she thought.  In my comment to her post, I wrote, "Could it be that being more mindful of our own actions toward others helps us become better human beings?  Does it help us see ourselves in a light that's closer to who we actually are?  Or is it a way toward becoming more compassionate, toward others and toward ourselves?"

Rayne decided to go meatless and curse-less.  It didn't last the month, but after a couple of weeks, he noted there was a change in his mood and wasn't sure if it was the lack of meat or expletives that was doing it.

Mikaela tried to break her habit of saying, "I'm sorry," something her friends told her she did all the time.  She wrote about how they began helping her with the challenge since, even though she tried, she couldn't catch herself saying it. It compelled her to reflect on where it was coming from, which lead to some interesting insights around her own self-concept.

So, I'm going to try this again at the start of the Spring semester with the same advisory group, and I'll build on what worked and change what didn't. 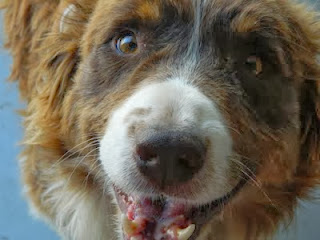 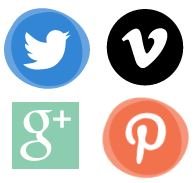